Specimen M.74 - From the Archives

M.74 Inguinal Hernia (The oldest in the museum)
"A congenital hernia from an adult. The roll of paper is passed through the inguinal canal into the cavity of the tunica vaginalis testis, in the place formerly occupied by the protruded intestine.
Dissected by Percivall Pott, Esq, circa 1750." 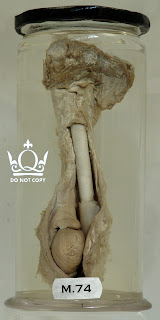 In this specimen, you can see a roll of paper which was placed there by the esteemed surgeon Percival Pott after dissection of the hernia and removal of the intestine portion that originally occupied that space. The pictures below will help to explain the pot: 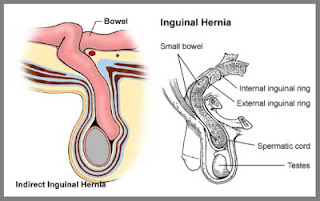 What’s really remarkable about this specimen is that it’s the oldest in the collection and as you can see from the archive data it’s from around 1750. The fact that the roll of paper has still survived is quite amazing. Unfortunately the Perspex was leaking so I decided that for safety of the specimen and for aesthetic appeal, I would put the hernia into a glass pot with fresh fluid. I hope you think the results are worth it, and I’ll be chatting more about the legendary Percivall Pott in my October lecture (see our upcoming events ) 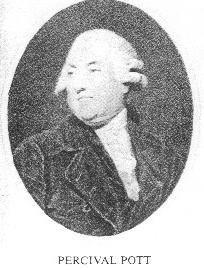