The Velho and Nuevo Cemeteries at QMUL

The Sephardic Jewish Cemeteries at Mile End Campus
To say that an article about a cemetery is appropriate for this time of year doesn’t mean that cemeteries are spooky and Halloween is spooky, therefore they go together. It means that many years ago our Celtic relatives recognised this date as the festival of Samhain (pronounced Sow-en), the time when the veil between the living and the dead was at its thinnest. Within our tribes we thought about our dead more at this time of year and became more introverted, considering our own mortality. We left cakes out for them in case they should visit, decorated our altars with the orange leaves of autumn and celebrated this time as the beginning of the death of the year.  (October 31st also happens to be the two year anniversary of my starting this post – an apt coincidence for the same reasons stated above - and a further reason to celebrate.)


Perhaps that’s why many people consider a 24/7 focus on death somehow ‘spooky’ or ‘macabre’. We all must die, yet it seems people should only legitimately consider it at this time of year, perhaps as a throwback to those old days of the Celts. Those of us who are always discussing our inevitable fate (such as The Chirurgeon's Apprentice, The Order of the Good Death and The Death Salon) are somehow considered morbid. What is not being understood is that in many ways the dead benefit the living, particularly for those of us whose careers and academic interests lie within that sphere.
I thought about this when recently researching the Jewish Cemeteries which are based within Queen Mary University of London’s Mile End campus – that’s right, a University with its own cemetery. 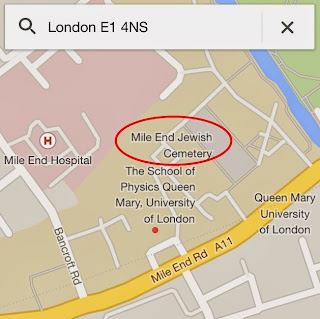 QMUL (to which we at Barts Pathology Museum belong) championed the cemetery as a historical resource, funded the re-development, and even incorporated some of the foundations of the old boundary into the floor of the new buildings (with windows down into the stone so it can be seen by staff and students) It’s therefore obvious there is a progressive attitude towards death here which has led to the support of this museum’s aims in attempting to discuss these issues to a wider audience.
The Nuevo was described by Dr Caron Lipman as telling “an important and compelling story about the first Jewish community to settle in England during the time of Cromwell” and as “providing a material link to one of the oldest immigrant communities to settle in the area – the Sephardic Jews.” Again a good example of the deceased informing the living. This can be said for any cemetery – they will always provide a wonderful snapshot into a time and a place and shouldn’t simply be considered a hangout for spooky goths – but I’m going to focus on ours and tell the story of the Sephardic Jews.

Very small numbers of Jews had existed in England since Norman times, but they didn’t live in communities as such and were few and far between. The official figure between 1290 and 1656 was ‘0’ since they couldn’t officially live here, although many had escaped the Iberian Peninsula where they were being forced to convert or be massacred, and had made England their home. Despite having the support of Henry VIII (who employed Jewish Scholars to look for something – anything – within religious texts that would enable him to divorce Catherine of Aragon. This was before he’d thought up the convenient method of beheading them) they still married and buried using the rites of the Church of England. 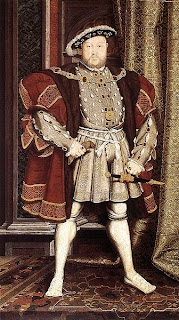 Eventually they petitioned for two basic things: the right to conduct religious ceremonies and the right to bury their dead. A heart-breaking request reads:

“And being wee ar all mortall, wee alsoe Humbly pray your Highnesse to graunt us License that those which may die of our nation may be buryed in such place out of the cittye as wee shall thinck convenient…” 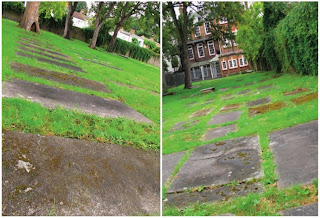 The request was granted and plans for a new synagogue and cemetery were drawn up. Jewish law stated that cemeteries should be outside the boundaries of the town and Mile End, as the name suggests, was a small hamlet a mile away from the metropolis of London (very difficult to imagine now when you walk down the busy main road!) It was the perfect location.  First the old cemetery Velho Beth Chaim (above) was built in 1657 and this is also still in existence, being overlooked now by University Halls of Residence. However it filled quickly since the Jews’ newly recognised status meant more migration into London’s East End so a new Cemetery the Nuevo Beth Chaim (below) was built in 1733 a few hundred metres away. The striking thing about both graveyards is the flat uniform gravestones which lie close to the ground. They are mainly unembellished oblongs which is customary for Jewish burials to symbolise that death is the great leveller and also that we enter the world with nothing and leave the same way. Stones and pebbles are placed on the top rather than flowers. The reason for this tradition is unknown but the most accepted theory is that stones last longer than flowers yet are still a respectful indication that somebody has been there. I wonder whether it’s simply another attempt to keep things un-ostentatious and humble, illustrating that everyone is equal in death like the old Danse Macabre engravings of the Medieval era did.
In the newer cemetery, The Nuevo, 'Keepers' were eventually appointed to maintain a burial register and ensure the graves were all the correct size. However, they did have another aspect added to their job description. They were to examine the cemetery morning and evening and “..not to suffer any playing, revelling or other irregularity” and to “observe with caution if any strange person attends frequently at funerals, so as to give cause for suspicion”. No they weren’t on the lookout for  Sisters of Mercy fans drinking cider in white frilly shirts at midnight – they were on the lookout for pliers of the new trade in Bodysnatching.... 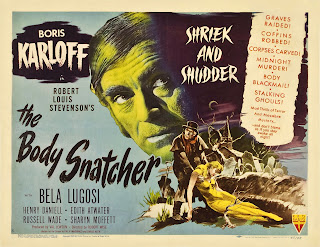 In April 1786 several graves had been pillaged and the cemetery keeper was also reprimanded so the logical conclusion is he may well have been in cahoots with those Resurrection Men, turning a blind eye for a few coins.  The solution was to hire four new night watchmen (two Jews and two Christians) who’d work together in shifts. They were given a watch house and a new moveable hut on wheels, fitted with alarm bells, which was placed over every new grave (I initially thought they stayed near to the new grave, hidden in this wheeled hut or ‘Bodymobile’ which they would use to chase the Body Snatcher’s, alarm bells ringing, until they dropped their loot but that seems more like a scene out of a ‘Carry On Graverobbing’ film and it’s not what happened here! However, there were some ludicrous moments during this dark time of cadaver theft. Guards were dismissed after being discovered drunk on duty, or because they fell asleep. There were reports of suspicious burials happening under the curtain of night, practical jokes being played on new guards and various shenanigans. By the time the Anatomy Act of 1832 came about and had rendered bodysnatching defunct, it was decided the guards were more trouble than they were worth and they were no longer employed.
For further information on the rich histories of these cemeteries do read Dr Caron Lipman’s “The Sephardic Jewish Cemeteries at Queen Mary University of London” (purchase here) You’ll learn more about the most famous inhabitants and the touching lives of the non-famous whose stories may have disappeared into oblivion if it wasn’t for the graves that are available for us all to see.
I’ll end then, with a wonderful quote from a plaque which used to exist at the Nuevo . It says
“Rich and poor; just and wicked; all as one
Cut off in God’s good time must feel death’s sting.
Within an acre of death their life did run.
Are, then, the living worth considering?”